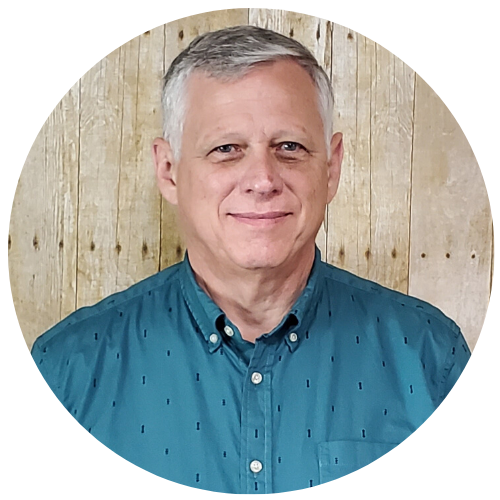 Rick Stacy is a northern Michigan boy having grown up in Kalkaska during his early years. His father and mother, Paul and Betty Stacy served in ministry with the Kalkaska Church of Christ from 1955 – 1966.
Rick most recently helped to oversee the merger of the Meridian Christian Church with the 2|42 Community Church in 2016. He served at Meridian Christian from March of 1998 until December of 2015 when the merger took place. He served on staff with 2/42 in 2016.

Previously, Rick was the founding minister at the Beavercreek Christian Church in Beavercreek, OH (1986) and the Lake Superior Christian Church in Marquette MI (1977). His first ministry was with the Lakeside Church of Christ in St. Joseph, MI following his graduation from Great Lakes Christian College in 1973. Rick also has a Masters of Practical Ministry earned from Kentucky Christian University in 1992.

While at Great Lakes Christian College Rick met and married his wife Donna in 1971. They are the parents of two daughters by birth (Shannon Nedds and Sandi Datema) and one daughter by adoption (Susan Stacy). Donna passed away in April 2016.

Rick is now married to Rebecca Stacy, and together they have 16 grandchildren. Rick joined DeWitt Christian Church as the Senior Minister on January 1, 2019. 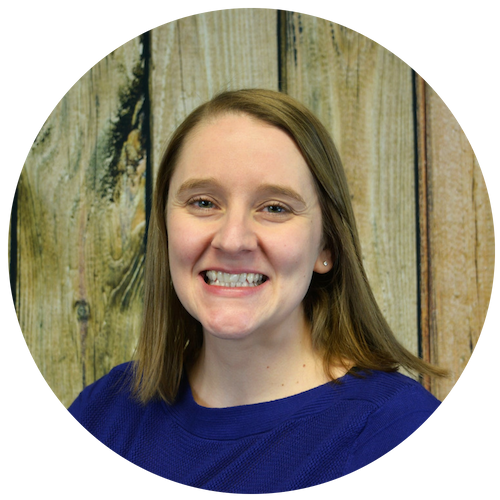 Sarah, and her husband Tim, have been married for over 15 years and have three cats, Leo, Tucker and Callie. She enjoys reading, board games and anything artsy-crafty.

Sarah has been the teen minister here at DeWitt Christian Church since January 2013. She first started working with the youth ministry in 2008, when she was asked to help out with a lock-in during the summer. After that, she knew this is what God has called her to do. “I prayed for months asking God where I could help the church, what He wanted me to do. I realized He answered my prayers when I worked at Rock Lake Christian Assembly (RLCA) during the 8-12th Grade All Girls camp for a week, and then when I did that first lock-in after VBS that same summer.”

Sarah first learned about Jesus in 8th grade. Her older brother had started attending a local youth group and invited her to come along. Through friends and mentors, she learned who Jesus really was. That summer, she was baptized and went to her first Christ in Youth (CIY) summer conference that changed her life completely. 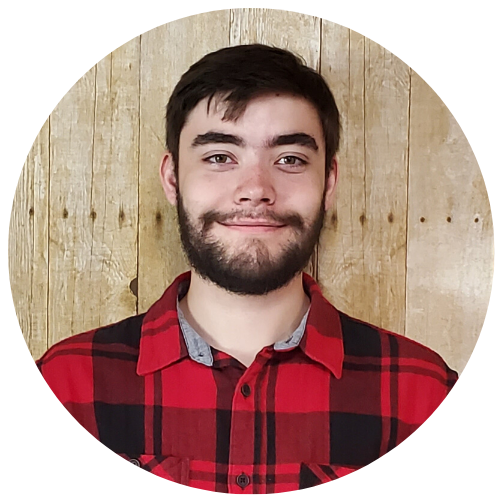 Tyler grew up in the greater Lansing area. His parents, Charla Malkin and David Dawdy, have been heavily involved in church for all of Tyler’s life and have been strong influences in his decision to enter into ministry.

Tyler has been happily married to his wife, Hayley Dawdy since June 2019. 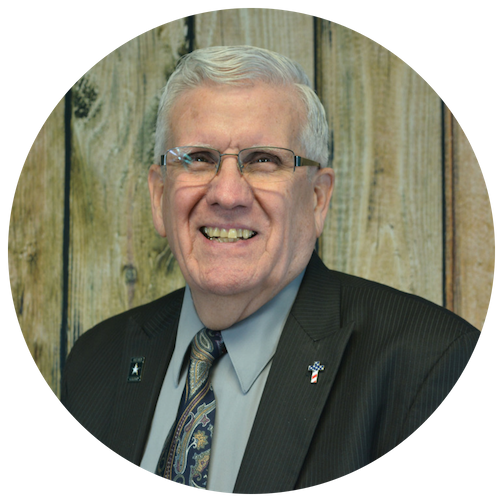 Tom, who has served the church as an Elder for many years, was born and raised on a farm in Wauseon, Ohio. At a young age, Tom drove tractor and helped his parents work their farm and milk cows. After graduating from high school in 1966, Tom moved to Lansing, Michigan and attended Great Lakes Bible College (currently known as Great Lakes Christian College). While attending college, Tom started working at the Oldsmobile Division of General Motors (GM) in April of 1969, and worked for 38 years before retiring in 2007. While working at GM, and after graduating from GLCC, Tom received a “Greetings” letter from Uncle Sam and then joined the Michigan National Guard in October 1972, and served with the Guard until his retirement in 2000.

Tom married Diane Sue Blakslee in June of 1969 and they had 3 girls, Heather Sue, Anna May and Carrie Jean.
Tom enjoyed working at GM as a crane operator and die setter. While being in the Michigan National Guard he started as a motor pool clerk and closed his military career as a Platoon Sargent when he retired. While in the Guard he traveled to Germany for two weeks maneuvers, went to Detroit for a Governor’s conference, drove a Brigadier General around the state of Michigan, flew with the General to Washington D.C., and got to stand on top of the Mackinaw Bridge Columns twice (quite a climb and magnificent view).

Tom really enjoys spending time with his 3 grandchildren and his family. He also enjoys traveling when schedules with grandkids allow it. Over the years, Tom and Jess have had other kids in their home as part of their family, and now those kids have kids of their own, and are also part of the extended family. 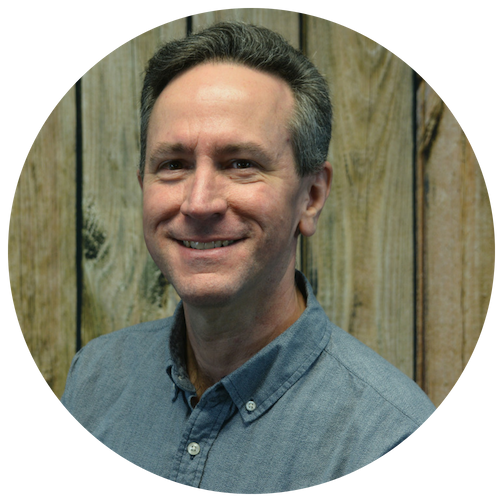 Michael, serving DeWitt Christian Church as an Elder, grew up in neighboring Wacousta where his parents Bonnie and Gardner still reside. It was there he honed his skill and enjoyment for hunting, nature, and the outdoors. Michael became a member at the DeWitt Church with his parents and siblings in 1977.

Michael attended Great Lakes Bible College (now Great Lakes Christian College). During his freshman year at GLBC he met Pam, Fell in Love, and they were married in 1987. They have a passion to serve in God’s ministry. Michael and Pam have volunteered as summer camp counselors at Rock Lake Christian Assembly every summer since 1990. They got their first taste of Mission work serving on the Tuscarora Indian Reservation in Niagara County, New York, where they and their children helped to put on a Vacation Bible School for children at a church building on the reservation.
Michael and Pam have a son Scott and a daughter Bethany. Bethany also attended Great Lakes Christian College, where she participated in a mission trip to The Dominican Republic serving GO Ministries, introducing Michael and Pam to Missions in the D.R. They have now traveled twice to the Dominican Republic on week-long mission trips, and have worked numerous fundraising events to send out short term missionaries to the D.R. to benefit GO Ministries and LAFWA.

Michael works in Ann Arbor at Terumo Cardiovascular Systems where he is the Warehouse Manager in charge of Shipping and Receiving. Terumo supplies hospitals around the globe with life-saving medical equipment used in open-heart surgeries. 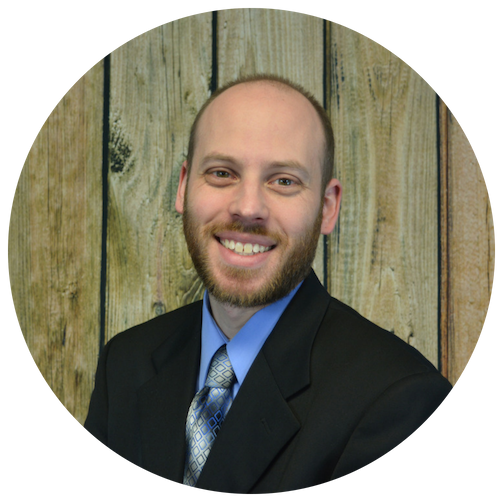 Tim is the newest Elder at DeWitt Christian Church. His parents Terry and Barb Heckaman helped to build the church building back in the 70’s so he was raised attending. After graduating high school, he went straight to work starting at Michigan State University. After trying a few dozen different jobs, he finally found something he enjoyed and was good at and ended up back at MSU. He currently works for the MSU Surplus Store & Recycling Center as the IT Administrator for the building, and he also oversees the Computer Department there.

Tim met his wife at DeWitt Christian Church in 2003. They got married in 2005 and currently have 3 cats. Some of his hobbies include: working on computers, building websites, reading about history, using science to see how God created and maintains his creations, and a whole list of other things.